To My Patients- It is with mixed emotions that I announce my retirement effective December 15, 2022. It has been the greatest honor of my life to have been a physician for almost forty years. Every day I strove to actualize my goals of providing you, my patients, with compassionate and quality medical care,- helping to protect and maintain your health, preventing illness where possible and treating illness when necessary. I have loved being a women's health care provider. After my retirement your medical records will be transferred to a HIPAA compliant storage facility, Adirondack Records Management, where they will be stored for six years. Their phone number is 518-465-3377 and their email address is [email protected] After January 1st, 2023, you may request a copy of your medical records from them as either a photocopied paper chart or in digitized form (which is what I recommend so they can be directly transferred to a new physician's electronic medical record). Again, thank you for the privilege of having been your physician. I wish you good health, and a long, fulfilling, and happy life. Sharon Diamond, MD

The Facts About IUDs

The Facts About IUDs

When it comes to choosing the right type of birth control, women have many options. While the birth control pill is one of the most popular, it isn't right for everyone and it isn't the only choice available. Another type of birth control that Sharon Diamond, MD, FACOG, MSW offers in her office on the Upper East Side of New York City, is the intrauterine device, known as the IUD. 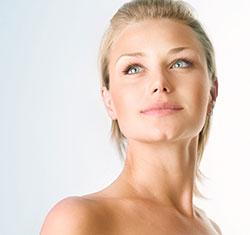 What is an IUD?

An IUD is a small, plastic device that is inserted into your uterus to help prevent pregnancy. There are two types of IUDs available in the United States today: the copper variety, and hormonal variety, which contains a progestin. Speak to your gynecologist to find out which type is right for you.

How Do IUDs Work?

Hormonal IUDS thicken the cervical mucus. Both hormonal and copper IUDs protect the egg from being reached by sperm, thus stopping fertilization. Hormonal IUDs may also at least partially prevent ovulation, and both make it difficult for an egg to implant in the uterus.  The copper IUD may also be an effective “morning after” contraceptive if inserted within two days of unprotected intercourse.

With a success rate of over 99 percent, IUDs are extremely effective.

What are Common Side Effects of IUDs?

Cramping is fairly common with IUDs, as are irregular periods and ceasing to have a period altogether. The cramping should go away within the first few days, though it may take a few months to stop altogether. It is generally mild though, and can be treated with an over-the-counter pain medication. You may also spot between periods over the course of the first six months.  The hormone containing IUDs also have the advantages of decreasing menstrual cramps and the duration and amount of menstrual flow so this may be an especially good choice for women who have painful periods.

If you need a safe and effective way to prevent pregnancy, an IUD may be right for you. Schedule an appointment with Upper East Side, NY gynecologist, Dr. Sharon Diamond, to discuss your treatment options.

Find us on the map